Meet the experienced and friendly doctor and our staff. 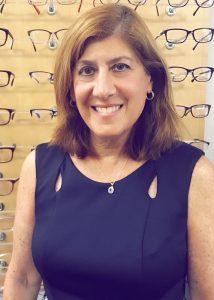 Dr. Karen Koumjian graduated from Smith College with a major in neuroscience. She was one of the first students to make this a major. It became the foundation for her interest in optometry. She then received her doctorate in optometry from the New England Eye Institute, where she was a member of Beta Sigma Kappa honor society. She then opened her practice in 1981. Dr. Koumjian was the first female President of the Massachusetts Society of Optometrists. She also served as a board member and then President of Volunteer Optometric Services to Humanity. She conducts eye exams in developing countries once per year. Past trips have included Armenia, Guatemala, and Nicaragua. Dr. Koumjian enjoys playing the cello, dancing, and taking care of her family, including her dog Holly. 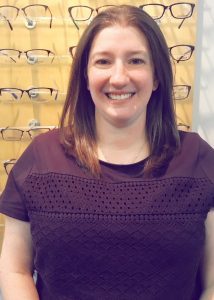 Optometric Technician, Stephanie Berman, heard about Watertown Eye through her cousin, Nicole Chase! She comes to Watertown Eye from teaching at the YMCA. Stephanie enjoys caring for her two children. 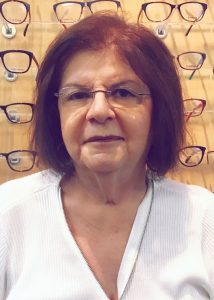 Dee Kouyoumjian is Dr. Koumjian’s Accounting Specialist as well as her aunt! Dee comes to Watertown Eye from working as a travel agent at American Express and has brought with her a strong sense of focus. She enjoys discussing current events.

You can schedule your next eye exam with us online!

Let's continue the conversation over on your social network of choice.